By Philadelphia Dentist March 19, 2014 No Comments There is a long tradition of using metal in fillings.  But the metals in amalgam fillings – mercury, silver, tin, and other metals – now make people question past practices, particularly as it relates to the use of mercury.

Mercury is a toxic substance, which makes using it in a filling controversial. No studies prove that mercury fillings are harmful, but people reason that if you can substitute another material, why not err on the side of caution?

In addition, composite fillings have numerous benefits over amalgam restorations, not the least of which is aesthetics.

Dentistry at 1818, which has cosmetic dentistry offices in Philadelphia, offers tooth-colored fillings that give patients natural looking restorations without mercury.

There are a number of benefits in switching to composite fillings, including:

Composite fillings have many benefits, but if you already have amalgam fillings you may be wondering if you should replace them.

The decision should be made on a case-by-case basis, based on the condition of your current fillings and your own concerns. The Food and Drug Administration does not recommend removing metal fillings until they’ve reached the end of their effectiveness because extra drilling may do more harm than good.

However, if your amalgam fillings are old, now would be a good time to consider having them replaced with composite ones. As fillings age, they become loose and allow decay to enter a tooth. The resulting damage may cause you to lose the tooth, which would then require dental implants to restore your bite.

Even if your amalgam fillings are still functional, there may be other reasons for removing them, including:

What Should You Do? 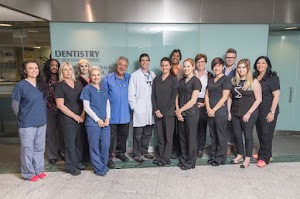 Sofi G
23:03 18 Feb 20
I was so impressed by this dentistry office. First of all I was able to get a quick appointment for an urgent matter. The front desk assistants are delightful and extremely nice and helpful. They are upfront about costs and they accept a wide variety of dental insurances. Dr. Siegel was kind and on point as well as his dental assistant! Wonderful experience! Highly recommended. What a wonderful environment.

Matt G
02:26 10 Feb 20
I look forward to my cleanings with Linda. I want her to be my hygienist forever. She’s very thorough, and I always seem to leave learning something new.

damon shackleton
21:55 21 Jan 20
The staff here are great and friendly. They explained my options well. I’ve had 2 appointments here after not seeing a dentist office for 7 years and my experience was great.

Frank Garcia III
17:36 11 Dec 19
They are a great dentist, it took me a while after moving to Philadelphia to find a dentist I liked, but Dr. Siegel, the hygienists, and the front desk are all great. The only down side is they are difficult to schedule with, I suppose due to high demand (almost all hygienist slots are filled 6 months out), and their latest evening appointments are at 4:30p, but otherwise I have been pretty happy with them. I have a complicated insurance policy, and the front was very helpful in sorting through it and figuring it all out when I started coming here years ago.

Mark Blaho
12:30 08 Oct 19
Trans competent dentist. All the staff work quickly and gently, and appointments are accepted within 15 minutes of scheduling. I had 4 fillings done and it wasn’t as bad as I thought (always nice). If they accept your insurance, definitely give this office a try.

Cindy Weng
02:05 13 Aug 19
Great first experience! I am a new patient. The receptionist was very sweet, all the staff is super nice. Received clear and great advice. I didn’t have to wait long at all. They just had an opening while I was getting a routine check up for a teeth cleaning and asked if I wanted to get my teeth cleaned as well since it was covered by my insurance. I have been to many many dentists offices and this was probably the most pleasant.

Richard Lewis
14:24 02 Aug 19
To start I do NOT like Dentists. These guys are great. They put me at ease, explained what I needed to get done…without any pressure or litany of “things we should do”. Everyone was smiling (nice smiles too), from the doc to the front desk. I’d recommend these guys if your not a “dentist fan”.

A MESSAGE TO OUR PATIENTS

Our community has been through a lot over the last few months, and all of us are looking forward to resuming our normal habits and routines. While many things have changed, one thing has remained the same: our commitment to your safety.

On Wednesday, June 10th, 2020 we plan to re-open our doors and welcome you back to our office. We will resume all types of dental care including new patient comprehensive exams, emergency exams, periodontal care, cosmetic/restorative, surgical and more. Routine hygiene visits will resume on Monday, June 22.

Infection control has always been a top priority for our practice and you may have seen this during your visits to our office. Our office follows infection control recommendations made by the American Dental Association (ADA), the U.S. Centers for Disease Control and Prevention (CDC) and the Occupational Safety and Health Administration (OSHA). We follow the activities of these agencies so that we are up-to-date on any new rulings or guidance that may be issued.

You will see some changes when it is time for your next appointment. We made these changes to help protect our patients and staff.

During your dental procedure:

Saniproz goes above and beyond CDC guidelines for infection control and safety, providing highly advanced cleaning to prevent the spread of Coronavirus, COVID-19 and other Viruses. We look forward to seeing you again and are happy to answer any questions you may have about the steps we take to keep you, and every patient safe in our practice. To make an appointment, or to reschedule an appointment that was postponed due to Covid, please ​call our office at 215-567-2666 or schedule online. If you are unable to come into the office, we are also now offering teledental visits, which can be scheduled on our website or through the front desk. Schedule a teledental visit.

Thank you for being our patient. We value your trust and loyalty and look forward to welcoming you back.

Looking forward to seeing you,